Well, we had a busy busy Easter weekend! And here are just some of the picture of the places we visited! No pictures from Friday and Saturday as we went to see Monsters v Aliens (I saw most of it as Jacob needed the loo every 5 mins almost!) and then they went to a Birthday party on Saturday, so these photos are from Easter Sunday and Monday.

We joined English Heritage (used Tesco clubcard vouchers) recently so decided to make use of the membership. We visited Carlise Castle as there was also an Easter Fairy Hunt (yeah, we found them all and some chocolate for a reward!) We also had an hours tour of part of the castle and the dungeons which was really interesting and the guide was dressed in costume and involved the boys in the explanation of what everything was for.

This photo shows the inner gateway to the castle and is reported to be haunted by a lady looking for her baby (the baby has been heard to cry). And its really freezing standing in it! 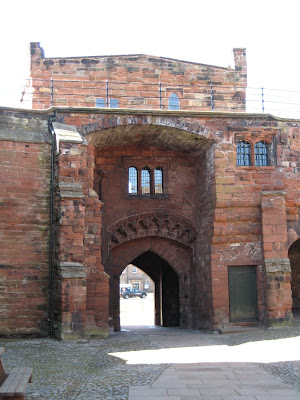 The boys, however, were more interested in the canons and if they still worked, and did they kill people? Jacob had gone to the loo (again) when I took this photo of Samuel. 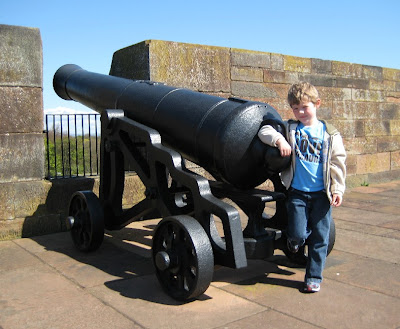 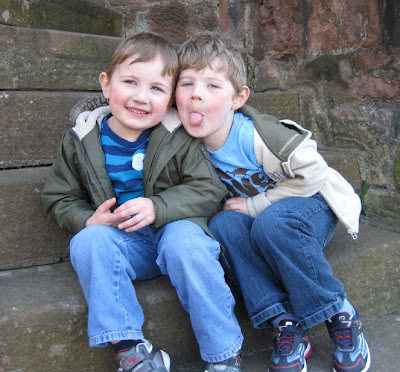 Then we went to a broken castle (as the boys called it) in Penrith - Brougham Castle. You could actually climb the very twisty and narrow staircase to the top for the views - we got half way up and turned round! 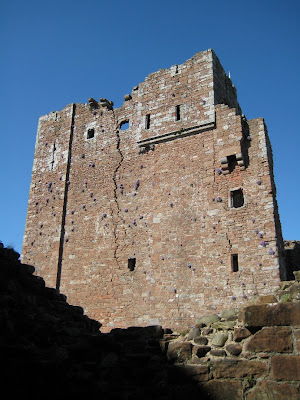 Even though it was a part ruin, there was still quite a lot to see and the boys did a lot of running around. Just look how blue the sky was! 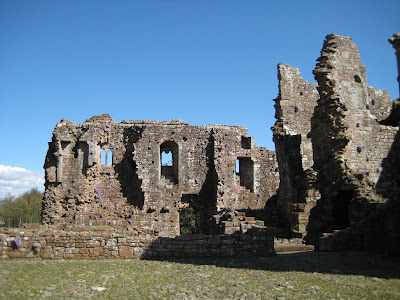 And this is the view from the bridge, looking over the river back at the castle. 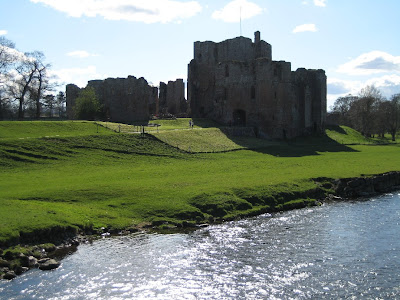 Then on Monday we went to Keighley and bought a Family Day Rover ticket so we could go up and down the line (Keighley to Oxenhope) as many times as we wanted on the diesel and steam trains plus free entry into the three museums.
Here are the boys at Keighley before we started our adventures! 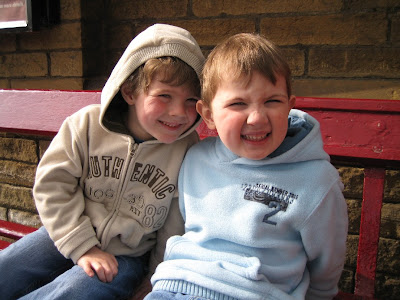 We stopped one station down the line at Ingrow West where there are two museums. We had a wonderful impromptu guided tour at the larger of the two museums and we got so engrossed in it (and the boys playing at train drivers) that we almost missed the train to Keighley - we really had to run to catch it! 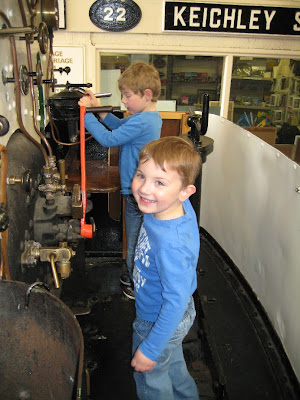 We had another museum to visit - the Engine Shed where there was an Easter Egg hunt and some amusements for the kids. And this is the view of the steam train leaving Oxenhope to take us back to Keighley. 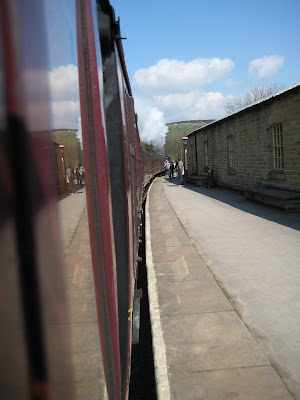 So all in all, it was two grand days out!