Is it really September already?! The year has flown by and September is always a busy month for me as both boys have their Birthdays in the first two weeks. And this year is even more special as I am the Guest Designer for September on Get Funky! challenge blog!

So, in honour of Samuel and Jacob's birthdays, I set the challenge which is:

Two Little Boys
Both my boys have their Birthdays in September - Jacob will be 4 and Samuel will be 6.
So my challenge is to make a boy themed card, layout, project or what ever you fancy as long as it is aimed at a boy and uses a Funky Hand paper or extra.
For Samuel's card I have used papers from It's Funky Too. I used a football template from an old issue of Papercraft Inspirations and cut the white parts from hammered white card and then layered it over the black card. A bit of chalking and light doodling and it looks like a football! I've inked the edges of all the papers before doodling a fine outline on them. 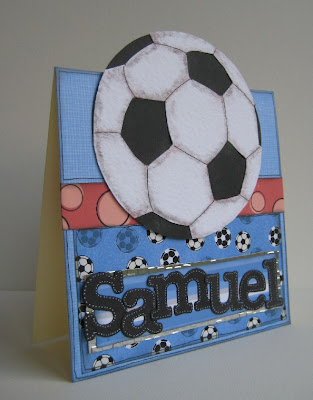 Samuel's name has been cut from black card and I've dotted the edges of the letters with white gel pen - the alphabet is Sizzix Round-a-Bout. Not sure if you can see, but the silver card has been embossed with a Cuttlebug folder - I think it is the brick one (well, I don't keep the packaging and the name of it is on that!) Samuel really enjoys football, however his school trousers and shoes disagree and I'm hoping that Year 1 will be kinder on his uniform than Reception year!

For Jacob's card I used Now That's Funky. I'd already printed the papers off a while ago as I had the idea of making a robot, however, I made a slight error and stuck the backing paper to the card blank and then realised that the robot was going to be a little bigger than it should be! I've used a corner rounder for all the edges and layered the printed papers onto some shiny silver card (made it a bit more robotic!) Basically, I made it up as I went along, adding bits of wire here and there and punching silver circles with a hole punch. 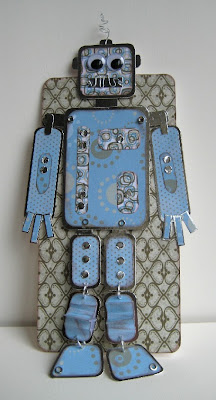 I used Pritt Gel glue for the wire as it sticks anything I've ever tried and dries virtually clear (unless you dollop the glue too much). Of course the robot had to have wobbly eyes, and is it me, or does he look a bit scared?! 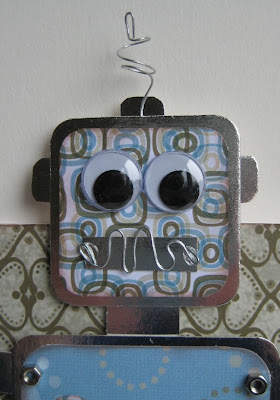 The tiny nuts came from the Scrap Store a while ago and are perfect for little projects like this. 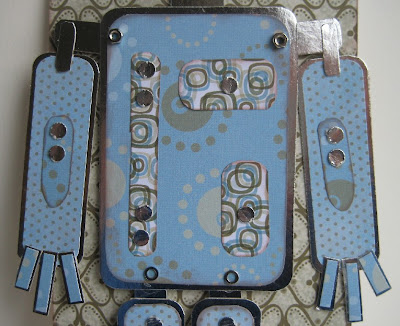 And because I'd made the robot a little too large for the card, I decided to give him jointed legs so I've used some silver jump rings. The lower part of the legs I went a bit flashy and made them concertina style but the silver card was having none of it so they just got stuck on as they are now. 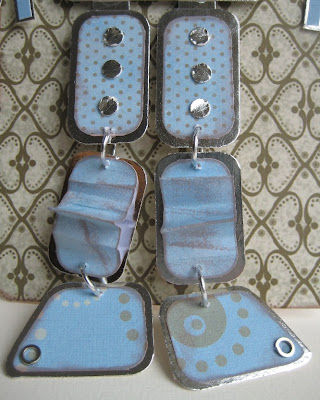 Hope you liked my cards and pop over to the Challenge blog for more details on how to enter and to see the rest of the Design Team's creations - you won't be disappointed! Don't forget, you have the whole of September to enter - as long as you've linked your creation back to the challenge post before the end of the month, you stand a chance of winning a £20 gift voucher to be spent on Funky Hand products!

Good luck and I look forward to visiting you to see how you've interpreted my challenge!