And this fairy is called Isabel! After the boys joint Birthday party on Saturday, and because I enjoy the sounds of children shrieking loudly, we went to another Birthday party on Sunday morning! This time it was for Isabel who is Jacob's special little friend at nursery! She is 4 days younger than him and usually we end up having the parties on the same day, but this year we had managed to co-ordinate quite well and Isabel and her little sister Emily came to the boys party and they went to hers!

When I saw the challenge on Scrappy Frogs to make

A 3D Project
I decided to make her a flying fairy Birthday card! 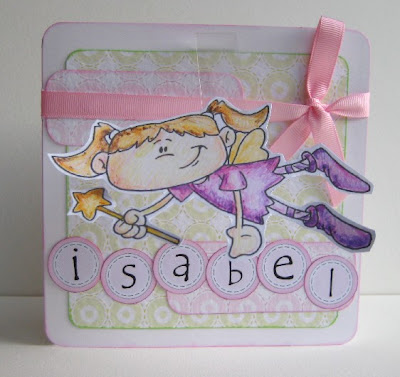 The backing papers are from Candy Doodles and were scraps left over from a previous project (waste not want not!) The letters are also from the Candy Doodles cd and I printed them at A5 size so they would fit on the card. Edges have been cornered and inked too on all cardstock. 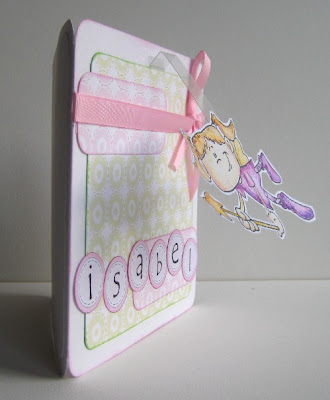 The image is from Dustin Pike which I have coloured with watercolour pencils and to make her fly, I've added her to a strip of acetate. 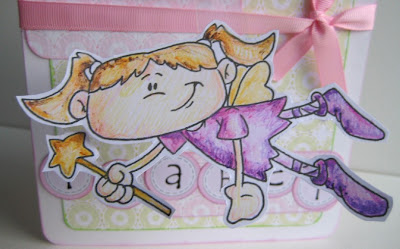 I'm quite pleased with myself in making this card so I think I'll be making more in the future!
Posted by Tip Top at 19:30