And another challenge! This time it is the Friday Sketchers Challenge 21 which is: 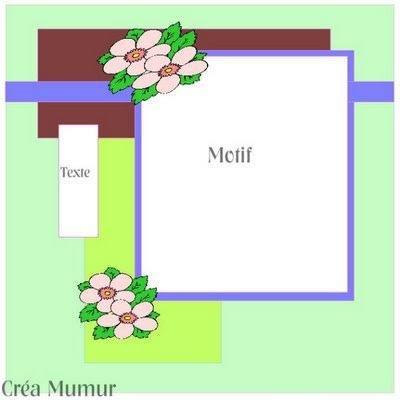 I've not used my watercolours this time - instead it is the turn of the watercolour pencils! I wanted to use the flowers (Prima Esprit) which I got as part of a subscription offer to Papercraft Inspirations so decided to base the colours around those. The backing paper is Dovecraft Amethyst 6x6 which I bought ages ago (probably because it was on special offer at £1.99) but have not really used, but the layout of the sketch made me have another look and I think the pattern lent itself well. The green block is some old posh writing paper that I've had since I was 15 (so yeah, quite old!) and the pink is vellum. 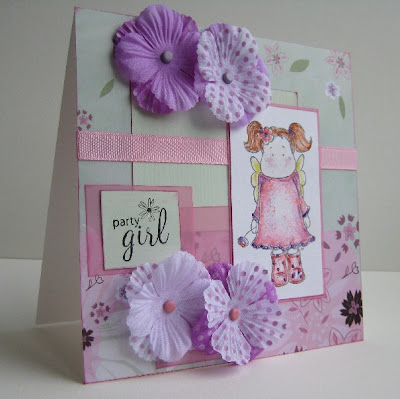 All edges including sentiment have been inked in pink. The sentiment is another bargain Studio G clear stamp from a girly pack. 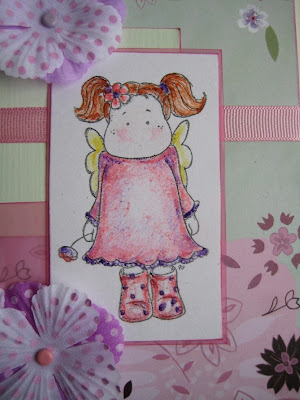