Once again, photos in no particular order! Happy Birthday Samuel - 5 today!! He arrived in the early hours of the Saturday morning - I knew he would be either a weekend baby or late night so we could park at the hospital! 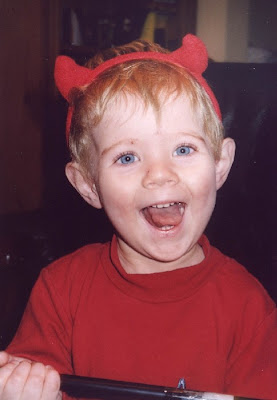 The photo above is Samuel dressed as a devil for Halloween at nursery. I'd made the cape (with a stand up detachable collar and detachable devil tail) as I had plenty of time on my hands with just having Jacob about 7 weeks before. The chicken pox had just about run its course on him - the little devil had been totally covered and never scratched once! 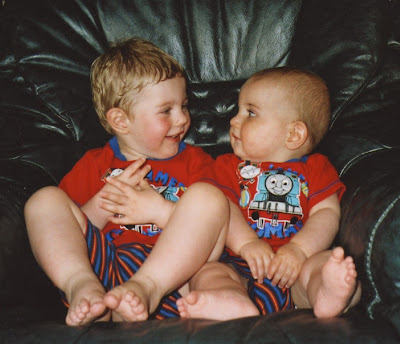 Didn't realise the irony of Samuel's displeasure of dressing them matching for bedtime until after the photo was developed. 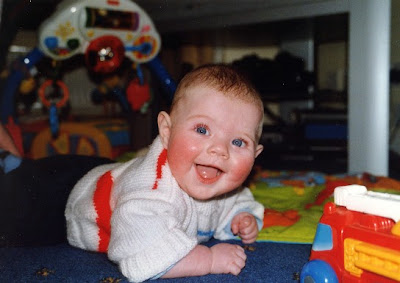 The days before he moved! England had won the Rugby World Cup and my mum had knitted him a jumper to wear whilst they went through the stages. 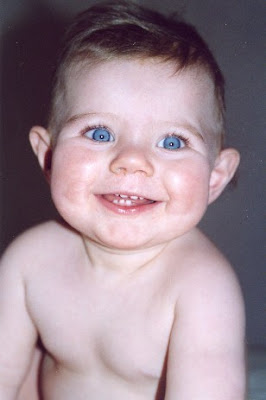 One of my favourite photos of him - all chubby and lovely! 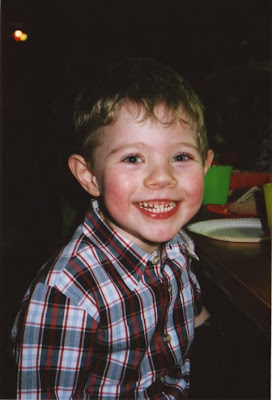 This one was taken at a party. Samuel was very sick about 1 minute after I'd taken the photo. Nothing unusual as he does have a tendency to be sick at the drop of a hat! 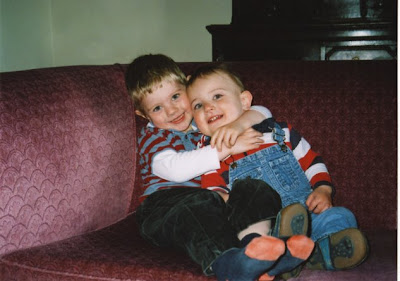 Watermouth Castle - our first visit there. 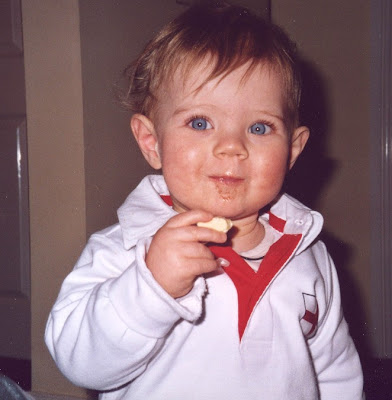 Boxing Day 2004. I knew I was expecting Jacob although nothing actually confirmed. 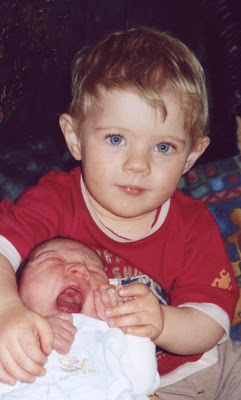 And here is Samuel holding his not quite a day old brother. Jacob is actually yawning and not screaming! 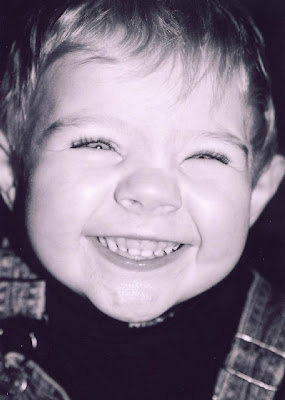