This is such a pretty sketch this week on Sketches by Tamara. But I really had to think about what I was doing with the flourishes on the sides! I really wanted to make a Christmas card but it didn't really lend itself, so alternative strategy was put in place! 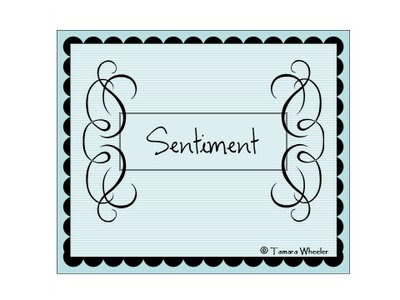 I knew straight away how I was going to create the semi-circles around the edges - my large heart punch and I've used a purple vellum and lightly inked the edges in black. The sentiment has been computer generated and layered. The buttons have organza ribbon threaded through and tied - the buttons point two different ways so that the ribbon is more flourishy. 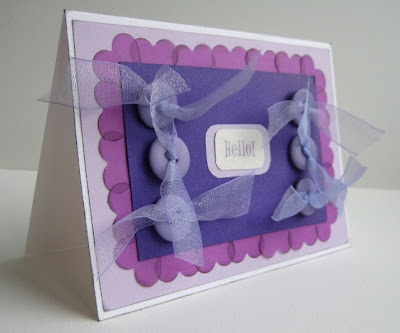 I had to take the photo at this angle as it looked really flat head-on. Plus I had a three year old trying to see what Mummy was doing so I had to accommodate his requests! So that is why the sentiment looks a bit lop-sided but it isn't in real life!
Posted by Tip Top at 09:35