It was round 5 of the Inkart Championship at Daytona Manchester earlier today and Samuel won the Cadet class!!

Out of the three heats, he had two first places and a fifth place so he was placed first on the grid for the grand final.  And won!!

Here he is getting his trophy 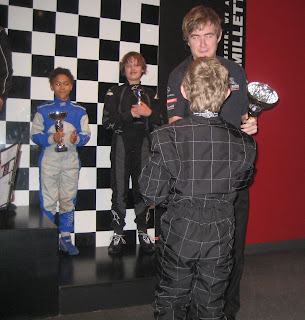 And alongside the other winners Cadets and Juniors: 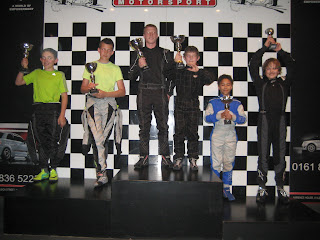 And with his trophy - its even bigger than the others he got from previous rounds! 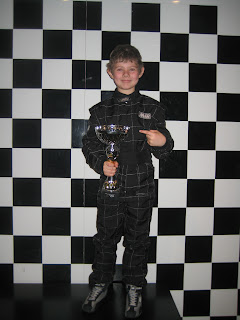 Will add the photos to the boys karting blog along with the video of the final (once I manage to get it on youtube!
Posted by Tip Top at 20:20