Here are the boys with their medals after competing on Sunday in the Aspire Martial Arts Winter Champions Competition. Both boys were knocked out in the early stages to the eventual winners - Jacob competed in both hand drills and sparring rounds, with Samuel in just sparring. Hence why Jacob has two medals!

They did really well despite some very fierce and tough competitors. 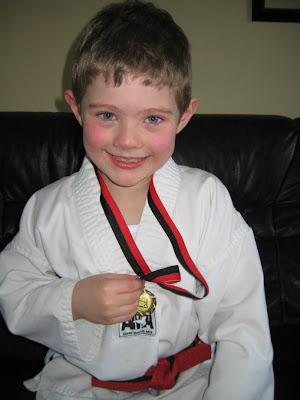 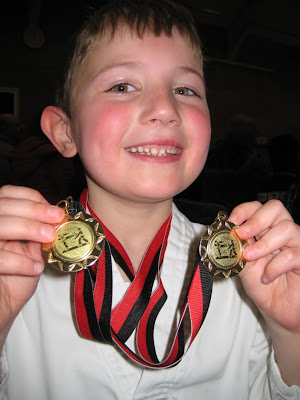