Cabinet Is On Order!

Following on from his surprise podium finish a few weeks ago, Samuel, last Sunday, was presented with the second place Cadet Championship trophy from his indoor season at Daytona Manchester at the Festival race.

Basically, there were 11 rounds (each counted) and Samuel had 9 podium finishes and therefore 9 trophies.  He also collected points for each round and following the final race in November, he finished the season in second place overall in the Cadet class.

He also came third in the Festival race (there was a parents race too but we had a substitute - Tom!) and was presented with a trophy for that too!

Here he is after just receiving his second place 2012 Cadet Championship trophy - it is rather large! 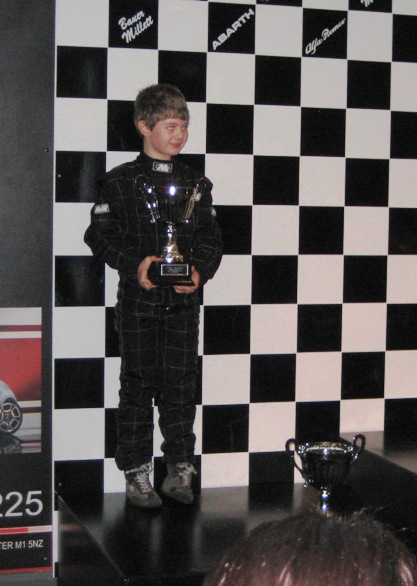 And with Tom (he came second in the 'Parents' race) - three trophies between them! 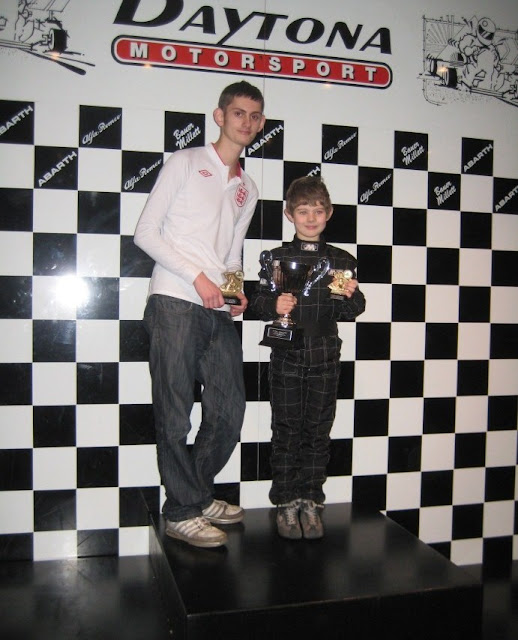 So yes, the trophy cabinet is on order and will be home to the 12 trophies from 2012! Samuel will be more or less karting exclusively outdoors during 2013 and hopefully, his form will continue!

You can see a video of one of the heats in the Festival race and read in more detail on the boys' karting blog HERE!
Posted by Tip Top at 17:00