I Am Loving This Paper!

This is a new challenge site for me and I thought I'd give it a go! So the challenge this week on the Secret Crafter Saturday Challenge is the following sketch: 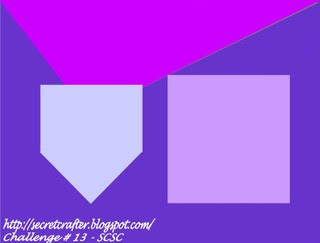 Which I have flipped round, only because I'd bought some cute wire and bead house embellishments and wanted to use them! This was quite a quick card to make, generally because it all fell together very easily and I really like it! But I think that has a lot to do with the backing paper - Simply Elegant (again). I've hardly trimmed anything off the 6x6 paper to fit on the cardstock as I didn't want to lose the fab flourish. The embellishment has been mounted to a square of white card which I have chalked to tone it down. This has then been layered onto some lovely A7 sized notepaper (I bought one of the pads for each of my DT members as I liked it so much!) then distressed, inked and chalked the edges. 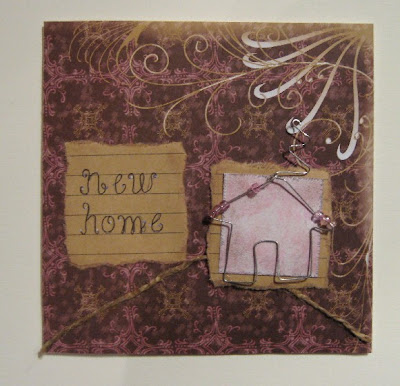 I've also used the notepaper for the sentiment, which has been handwritten and I've added some little white highlights here and there. If you look closely, you will still be able to see the pencil lines I originally drew. Then forgot to rub out! And the jute string was added to complete the sketch.
Posted by Tip Top at 14:30