Typical Bank Holiday Monday really except that the weather was stunning! Needed to get both boys school shoes and new trainers as their current ones are literally hanging off their feet.

The lady in Clarks thought the boys were twins as they have virtually the same shoe size and was quite surprised when I said that there was 2 years age difference!

We bought a soft baseball bat and ball whilst in Blackpool at Matalan in the sale as the plan was to spend time on the beach.

But not at Blackpool, but at Southport. And trying to get from one coastal place to another on Bank Holiday Monday in the glorious sunshine is not an easy task.

However with some clever short cuts through little villages we didn't know existed we did it and parked on the beach at Southport where the tide hardly ever comes in (well, we've only seen it once!) and had a quick game or two of baseball. 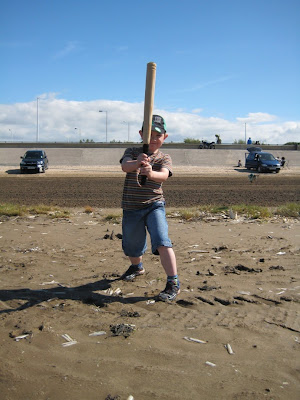 I should have used the flash as their faces are in shadow, but just look at the colour of the sky! 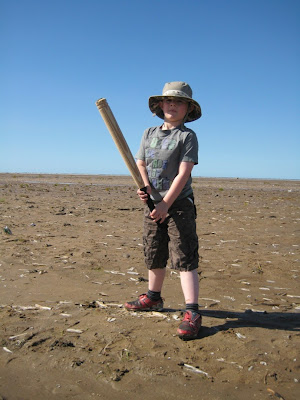 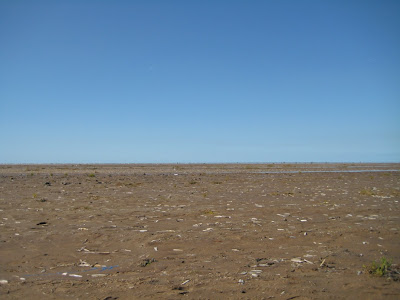 You'd have never guessed that it was torrential rain most of Saturday and Sunday morning!