You Don't Want To Mess With These Two....

The boys had an Aspire Martial Arts competition yesterday in aid of Comic Relief, and here are some photos from it! This is Jacob (red head gear and brown stripe belt) sparring - look how high he can kick! This was the play-off for third place ..... 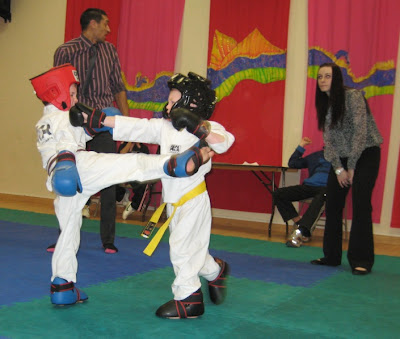 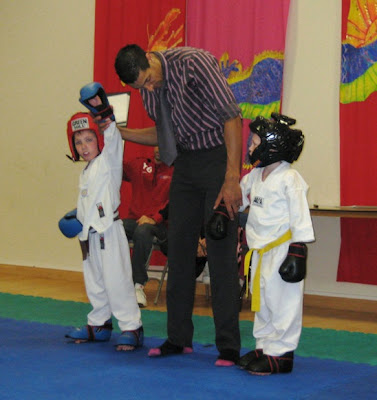 Happy Jacob with his certificate and medal! 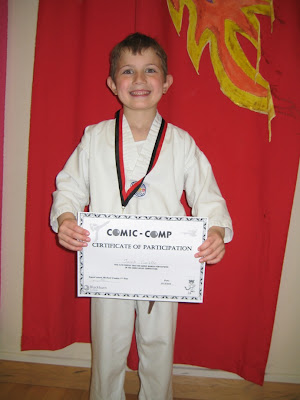 Next up was Samuel competing in a different category (Jacob was in the under 6's although he was the same size as over 6's and he's only 5!) The first picture is from his first fight, which he won. Samuel has red head gear and red stripe belt. 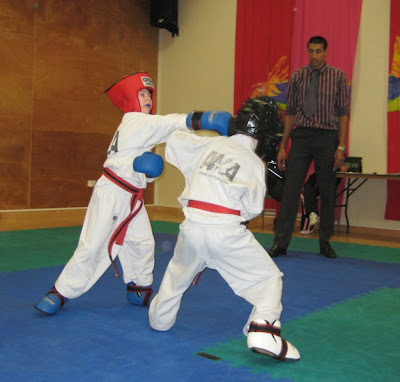 And this one is for the play off for first or second place - wearing black head gear this time. 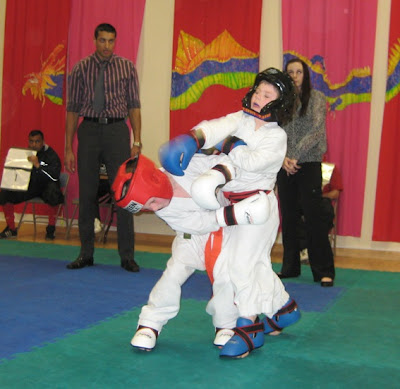 Which he won! He was so pleased! 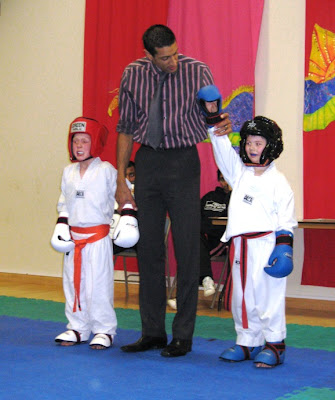 As you can see! 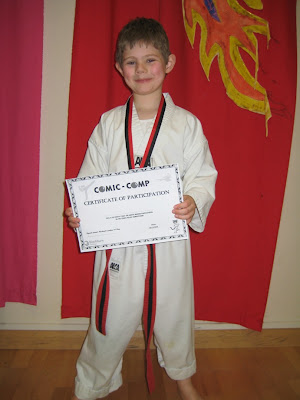 Jacob also got a certificate and medal for participating in the Hand Drill section where he came 4th. To be honest, I think he was more bothered about getting medals! 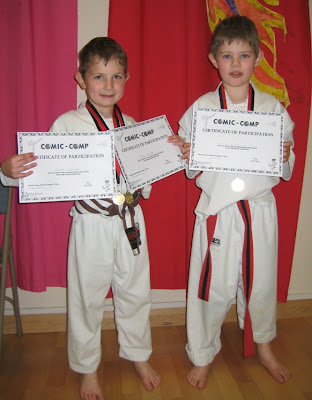 Needless to say, they both slept well last night!
Posted by Tip Top at 12:00