I do like Tamara's Sketches - they are so simple and easy to work with! This week is the following, and because I'm getting good at these sketches, I decided to flip it round!! 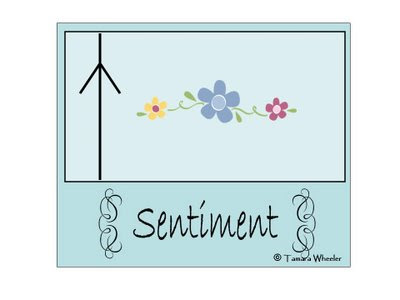 This is the robot stamp that I used on Samuel on Sunday! I used a black Stamp It Up water based ink pad as I wanted a bit of a mottled look to it which has worked out just how I wanted. The robot has been layered onto some silver wavy card and then onto some really shiny (but not mirror) silver card - hence the flash bounce! 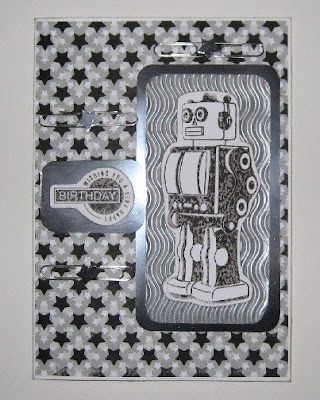 The backing paper is Salt and Pepper download from Funky Hand, and yes, those are paperclips that I have used with a small star in the centre! I found a big tub of paperclips a few weeks ago, I've not got a clue what possessed me to buy so many, but waste not want not, so I decided I'd better try and use them!

The two stamps are fairly recent purchases, and I can't remember the maker, so will update this post when I eventually remember to look!

It's not often I make male cards, and I did have one to make for the end of the month, so this fits nicely!