End of An Era

Well, that's it! Jacob has officially left nursery as he starts school the week after next, and it was our last day of 6 and a half years......

We had a pirate themed party to celebrate and here is a pic of the boys (Samuel was invited too) with his key worker Nazia, Kim and Jacob's most favourite friend, Sarah. Danielle sneaked on too to do the rabbit ears on Sarah. 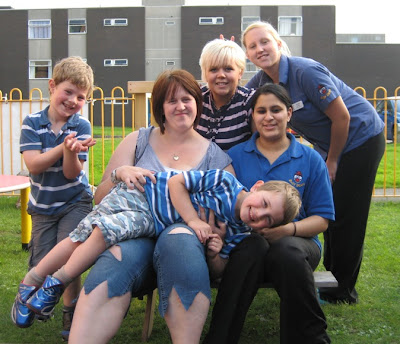 So, six and a half years later, two children through nursery and we've worked out that we've spent around £42K on fees, which works out at an average of £6.5K a year........ Just think what we could have done with the money!

But we are richer for the experience, friendships and laughter, which there has been an awful lot of!